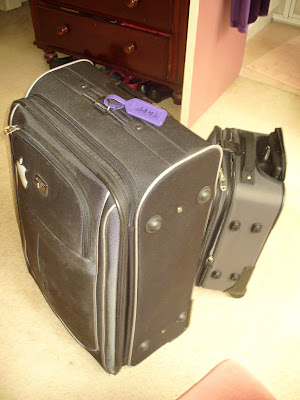 Sitting here in a contemplative mood watching the rain, both daughters at home and my bags packed. Tomorrow morning I leave to go to NECC. For me, traveling half way round the world to go to a computer conference would have been laughable a year ago, and a year ago I didn't have a blog so it is kind of reflective of the changes in my life and my professional awareness that tomorrow it is a year since I started my blog.DADA!!!
To list the changes would be very boring here- suffice to say that little in my life is the same and I feel better about the future of teaching than I have for a long time. I have met the most fascinating and dedicated people,found new knowledge and have a new perspective on my fellow staff.
So what am I expecting from NECC? The meeting with the fellow travelers from Australia and then some of our New Zealand friends is a huge part of this. The travel, the exposure to a broad support network for all the things I want to do know is important too. The actual conference is a big unknown as I have heard so much about it and how big it is. The range of presentations, both educational and commercial will be huge, probably overwhelming but also so exciting. The chance to step back from the everyday craziness and actually focus on what I am so fascinated by will be wonderful.
So my bags are packed with hope and expectations and excitement.. let the fun begin!!
Posted by Unknown at 11:00 am 9 comments:
Email ThisBlogThis!Share to TwitterShare to FacebookShare to Pinterest
Labels: necc08

Posted by Unknown at 10:30 pm No comments:
Email ThisBlogThis!Share to TwitterShare to FacebookShare to Pinterest 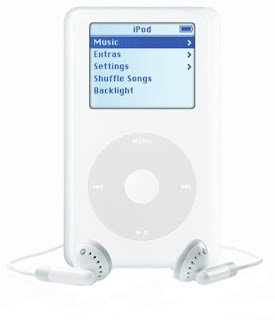 It's funny how things converge at a moment when you just happen to find the need- does this sound too zen? Well as a result of our recent OZ/NZ Educators group meeting, with Joe Dale and Mark Pendleton leading the group, I have decided to try and tackle the idea of actually podcasting. I know that Jo Mcleay and I have discussed an Australian version of the EDtech Podcast with an emphasis on women, but the technical skills were something I just found a bit too daunting. Joe and Mark did a great job, but I got lost in the huge torrent of information, thinking that I would have to come back and listen to the recording later to make sense of it.

Later this week my husband gave me his old 20G Ipod - it seemed huge when we first bought it - as he now is totally absorbed by his new ITouch. The Ipod has a voice recorder and an ITrip transmitter. So ... I decided to get some raw files to play around with and then follow the information trail that my personal learning network- aka the twitter gang- had left for beginning podcasters.I also listened to Andrew Douch's podcast on Knowledge Bank about his award winning website and this was very encouraging-the guy is a legend and so committed and talented!!

So armed with my 'new' Ipod and mike I went to my year 8 class of bloggers and decided to do some research. I chatted to the class in groups of three- luckily I had a small office off the main room so we could talk; and I tried to think like Tony Richards of the EDTech Crew- a fantastic and very focussed interviewer.I asked them lots of questions about blogging this year and what they thought of it. The whole process was wonderful and I have nearly an hour of recording and I am so proud of my kids - they said such thoughtful and interesting things and it was surprisingly easy to do. In fact one group got out their mp3 players and began to interview each other on the other side of the room after they had spoken to me.An Assistant Principal came into the computer room while we were in there and the kids proudly showed him their blogs and explained what we have been doing.

That night I came home and tried to work out Audacity- still a bit confused there. Frank helped - and complained as always that it wasn't a Mac. Then I got online and got help. We downloaded the file- or is that up? and the collected the 'Lame ' encoder that converts files into mp3s and that is where I am at the moment. i have been sent files and tutorials and videos from several lovely people- Allanah King is so generous and so are John Pearce and Tony Richards. I have been to podomatic and made an account, checked out the ITunes store for Podcasts to subscribe to and also found royalty free music to use. Now if someone would write my 100+ reports and do my exam marking I could get on with the fun stuff!!

My next job is to get a name for my podcasts and then to put it together with music and even edit some noisy bits. Cos I am a newb at this it will take time but I have help just 140 characters away and I will learn before I go to NECC.
Watch this space- a podcast will arrive soon!!
Posted by Unknown at 11:17 pm 4 comments:
Email ThisBlogThis!Share to TwitterShare to FacebookShare to Pinterest
Labels: Audacity, EDtech crew, Jo McLeay, John pearce, NECC, Podomatic, Tony Richards

A view of the future now

Thanks to Dave Truss for the tweet about this video by Cisco on Teacher Tube. I love the imagery and the message - it is something to watch when I am feeling discouraged !
Posted by Unknown at 2:11 pm No comments:
Email ThisBlogThis!Share to TwitterShare to FacebookShare to Pinterest
Labels: teacher tube dave truss
Newer Posts Older Posts Home
Subscribe to: Posts (Atom) 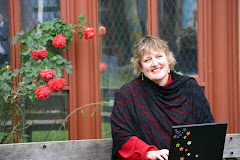 Blogs That I Read

I collect with vodpod